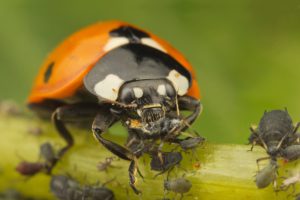 Recently, the Minister of the Department of Home Affairs (DHA), Malusi Gigaba, reiterated the part of the current Immigration Act which states that while a company may have a corporate visa and hire multiple foreigners, at least 60% of the remaining staff must be South Africans (see reference article here). It’s not abnormal for any country to want to protect the jobs of their organisations for the sake of locals, however in South Africa’s short-skilled market, one has to wonder if this percentage is correct for all firms out there.

In the specific article mentioned above, the focus is on companies in the hospitality sector. Many hotels, for example, do not hire at least 60% SA staff. And one could argue that this is for good reason – often positions require other languages to be spoken that South Africans do not readily speak. Foreign skills are also more likely to accept a lower wage, especially when one considers the large amount of refugee and asylum seekers within SA borders. The article is a wake-up call though for any company, since when I speak to firms, most do not know what their percentage looks like, even if it is well under 60%.

Audit your own staff compliment

Knowing that you have hire at least 60% SA staff isn’t enough. Every employer should have a one-page report from their HR or recruitment division to ascertain exactly which areas of the business hire which foreign skills. This is key as many senior managers aren’t aware that, for example, a certain skill is not readily available within South Africa and is potentially something they need to respond to. A good example is a company that is always having to hire Python Developers (programmers) from abroad, and after realising this is a business risk, moving their systems over to PHP (a more readily available coding language in SA.

Get advice if unsure

Once the state of foreign hires is known, the company must also make sure that each and every staff member has a valid visa, know when it expires, have plans in motion for renewals or re-applications, be able to give foreign employees advice on visas and their options going forward if choosing to stay in the country. This is best done by having access to an immigration lawyer who can knowledgeably tell employees which work visas for South Africa they can apply for. By taking an active interest in the visa status of employees, the company will both have a better understanding of its talent pool and also garner loyalty from its current staff compliment.

And the above does not only apply to the hospitality industry. The minister has made it clear that the next areas of interest are the construction and agriculture sectors, after which surely the entire business sector would be looked at as well. A number of farms in northern SA hire predominantly Zimbabwean labour where it is known that South African labour does not want to work. It will be interesting to see who becomes exempt from this rule.

Companies should simply know if they employ at least 60% SA staff or not. But going forward, for a firm to have the right skills means having at least a few foreigners on board, which is a great thing for diversity in any event. Therefore, each organisation must do a quarterly audit on how many staff are not from South Africa.