The CCMA in South Africa 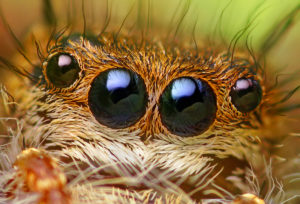 The CCMA doesn’t have to be a nightmare!

What is the CCMA?

CCMA stands for Commission for Conciliation, Mediation and Arbitration. This body was brought in to halt the terrible employment situation whereby staff were being unfairly treated and dismissed. Yet, receiving correspondence from the CCMA in South Africa is not something an employer wants. But why? The CCMA is supposed to be an amazingly positive change from the old labour regime, right? As they state on their website, all seems well:

“The new labour legislative environment anticipates, as well as encourages, a paradigm shift away from the old adversarial model which was characterised by high levels of conflict, union repression, discrimination, cheap labour and authoritarian managerial styles.”

But, although the CCMA was introduced to solve a huge problem – employers taking advantage of employees who did not have funds or time to access and use the courts to resolve their disputes – this hasn’t happened exactly as planned. Now that they can take any company to an arbitration for any reason, employers often feel they are walking on egg-shells. This fact is clearly shown in another sentence from the CCMA website:

“Since its inception, the CCMA has enjoyed a national settlement rate of 70% and greater – a clear signal that the CCMA is committed to restoring sound labour and industrial relations within the South African economy.”

In many ways, the CCMA has thus stopped people from hiring new skills. The staff of the CCMA themselves have often been heard stating that the commission has become an “ATM machine” of sorts. That said, although things have moved far too much in favour of the employee, at least they are not in favour of “horrible bosses”.

How to take your employer to the CCMA

Unfortunately for the employer, all you have to do is fill in a form and fax (yes, FAX!) it to the CCMA and your employer. The CCMA is mandated to: Try to resolve disputes through conciliation (finding a compromise between the two parties) or arbitration (acting as the objective third party to resolve the dispute).

This is important for staff, since often the employer is wrong. However, bear in mind that once you have gone to the CCMA, it should mean that you have utterly been treated unfairly or that you have exhausted other ways of solving the situation. If you are simply going there to “screw over” your employer, even if they have been unfair, remember that you will no longer get a good reference from them. Word travels fast, and thus it should only be if all else fails that you use this public service.

How does the CCMA work with disputes?

What to do if you get taken to the CCMA

Employers, if you are taken to the CCMA, let’s hope your slate is clean. If it is, then you should go to the hearing and simply state the truth. But know that there are now so many rules and regulations around what you can and cannot do with staff, that you should rather seek advice from a professional, just in case you have missed something. In my personal experience, even not reporting for work twice was not enough for a dismissal.

How to avoid going to the CCMA

The best way to put it is” prevention is better than cure. For companies, have a strong psychological contract with your employees. For job seekers – don’t go to the CCMA unless you absolutely have to. The extra “winnings” that you may receive are mostly not worth the longer term loss.

To find out more about the CCMA and its processes, visit their website.