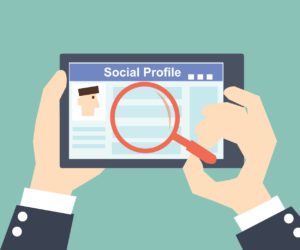 The news that Facebook is officially starting a jobs section comes as a surprise to few. After all, many companies already have a tab called Jobs on their business pages. But few companies have ever used it fully. Now, that is about to change, or so the social network thinks. My view on this is that while it will hurt certain job websites, others will remain relatively untouched.

As Facebook posted on its website recently:
“Over the next few weeks, US and Canadian businesses can post jobs on their Facebook Page, and people can find job posts at facebook.com/jobs, or by visiting the jobs bookmark on desktop or mobile.”

Where will it matter?

Facebook Jobs will eventually be available to all business pages in all countries. But who will benefit from it? The question is, will candidates (1) search on Facebook for jobs and (2) apply for jobs on Facebook? Without both of these, the recruiter or company won’t get much value from the service.

However, the type of people who would answer yes to both those questions is, in my opinion, usually more interested in “lower income” or “blue collar” type positions. A skilled IT project manager, for example, is unlikely to look for positions on Facebook. A cashier, however, possibly would. Add one and one together and it’s easy to see that those job websites most likely to be negatively impacted are the job verticals on classifieds websites such ad Gumtree, Junkmail (who operates Jobmail) and OLX.

The move is simply another step in the “try-everything-and-see-what-works” strategy that many of the world’s larger tech companies employ. Google is a huge proponent of this strategy, with more failed projects that ants in an antheap. Yet, by seeing what works and what doesn’t, these companies grow faster and learn more than their competitors.

I’m not entirely sure that Facebook Jobs will make a big dent in LinkedIn, as many people are claiming it will. Distilling whether it will work or not into one question, one can ask: “Would you search for jobs on Facebook? And apply for a job on Facebook?” At the present moment, most people who are skilled would say no, since Facebook is not set up for professionals and the brand doesn’t enamour this type of activity. It remains to be seen if Facebook can change this.