The Truth About Employment Equity in Recruitment 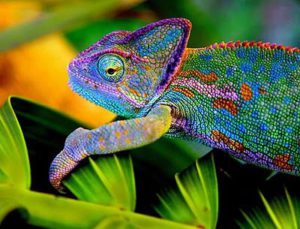 What is employment equity?

Employment equity is a word you’ll often hear used within South Africa when it comes to recruiting staff for employment at most work places. By law, most large and mid-sized corporations in South Africa have to comply with the Employment Equity Act. The act constitutes the “…elimination of unfair discrimination and implementing affirmative action to redress the disadvantages of employment experienced by designated groups…” In brief, the purpose of the employment equity act is to ensure that all previously underprivileged South Africans get a better chance in the work place. In essence the act was also put into place to help the country shift from aspects dating back to colonialism which saw the exclusion of blacks from certain rights like education and owning a businesses to name a few.

Does EE matter in recruitment?

Employment Equity or simply EE has since implementation been a fundamental role in most businesses as this also has a direct affect on the business or company’s status as a whole. EE is a method of “affirmative action” which is a guideline to business owners to help them recruit employees giving these designated groups first opportunity and preference to job placements within various work industries. Relevant companies who do not comply with the EE Act are dealt with stringently and have to pay penalties and fines.

What does employment equity mean for people applying for jobs?

For those looking for jobs employment equity may seem unfair to some as the scales seem to be tipped in an “uneven manner” in which certain groups are excluded or have less chances of getting the job. However, whilst the act does not solely concentrate on race, but also gender so women are given a more fair chance in the workplace, as well as individuals with disabilities. Affirmative action will also see to it that more black people are able to have access business ownership, management as well as various other leading roles sought after within large, reputable organisations.

For companies to achieve the objectives of employment equity act, they have to comply and ensure that their businesses are achieving said levels of EE in accordance to the law. This will include members of employees as well as the firm’s EE committee having an equal representation with regards to race, gender and disabilities. However, sometimes it can also be construed or argued that BEE (Black Economic Empowerment) and job creation cannot truly have a smooth marriage because of the immense “favouritism” towards the black majority whilst, coloureds, Indians, Asians and whites will receive less chances of getting the same job. In this case it can also be argued that the amount of skills may not always be enough to access the desired job, however, job skills are created and perfected in the workplace with training and this too is focused in accordance to the basic conditions of employment act within South Africa as well as the country’s skills development act.