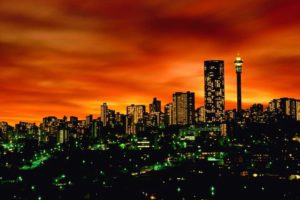 Working in Johannesburg has it’s pros and cons.

Some notes on working in Johannesburg

Johannesburg, or simply Joburg as it is known to the locals, is a great place with lots of character. It is one of South Africa’s main hubs when it comes to jobs and business, and even has its very own stock exchange. Working in Johannesburg has proven to be beneficial to many job seekers from other regions and provinces of South Africa.

Relocating for your new job in JHB

If you’ve found a job in Johannesburg it will most definitely require you to relocate if you do not reside in the Gauteng Province. Sure Johannesburg is a big city and usually when it comes to work, their salary rates are extensively more even compared to Cape Town and more so to other provinces. Before you decide to up and go, you should consider the pro’s and con’s of living in Joburg and if you will benefit by moving completely.

What are the advantages of working in Johannesburg?

If you received a job offer you couldn’t refuse and are on your way to being an official Jozi citizen, then you should know that there are some great pro’s. The Johannesburg standard of living may be easier for some than for others. It is not the most expensive city in South Africa, and the cost of housing and groceries are considerably less expensive than in other parts of SA.

Higher paying jobs
It is a fact that working in Johannesburg is a huge plus because of the large salary boost if you’re coming from Cape Town or anywhere else in SA for that matter. In many cases the same job elsewhere in SA will pay you considerably less than in Johannesburg. If you’re generally in a higher position or honed your skills in a great paying career in general, you’ll get an even higher pay check in Gauteng Joburg than in your current province.

More work availability
Johannesburg is one of the largest business hubs in South Africa, and many large companies are headquartered in the city. Apart from corporate jobs, because the area is so rich in shopping malls, the options within the retail industry is always in abundance. In essence, Joburg offers a variety of job vacancies in several industries and always has jobs available for potential candidates. Working in Johannesburg will also open doors to different skills and training because the variety includes such a wide variety of potential jobs and industries.

Easy to travel
Travelling in the JHB is easy despite the large population, whether travelling by public transportation or via your own automobile.

What are the disadvantages of working in Johannesburg?

Not all is roses when it comes to working in Johannesburg and here are two disadvantages.

Crime is rife
In comparison to other provinces, Gauteng experiences higher levels of crime, and Johannesburg is no stranger to this. Some do quote recent (2016) statistics on higher crime levels for those working in Cape Town, however that city’s crime is centered mainly in gang-related suburbs, away from most employed people.

Qualifications for vacant jobs
Many companies in Johannesburg seeks to employ qualified individuals and don’t solely look at experience of “natural” skills. This is in contrast to other provinces who are more likely to offer jobs that don’t require a qualification.

City life
Working in a big city with a faster paced lifestyle is a choice that some choose to make and others not. If you aren’t up for that sort of living, avoid Johannesburg, and if you are, then you’ll enjoy the advantages listed above.

Your choice to working in Johannesburg solely depends on you as an individual. You can turn down a job offer if you feel the cons outweigh the pros in your personal capacity.